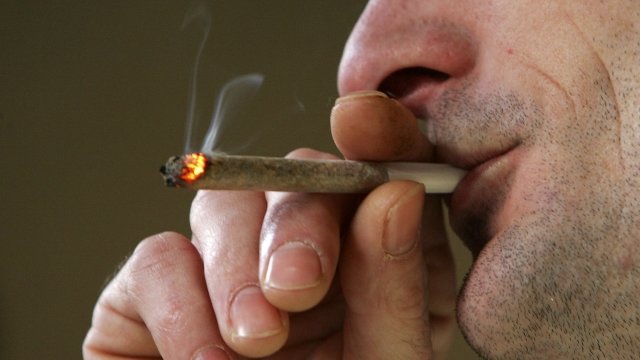 SMS
Over 3,000 Marijuana Cases Dismissed In New York
By Ahmed Jawadi
By Ahmed Jawadi
September 12, 2018
The move is in line with the Manhattan district attorney's recent "decline to prosecute" policy.
SHOW TRANSCRIPT

A New York court dismissed over 3,000 marijuana cases Wednesday at the request of Manhattan's district attorney.

All are low-level misdemeanor and violation-level cases where warrants were issued because the defendants failed to show up to court.

The move is in line with the DA's recent "decline to prosecute" policy. He said the dismissal "serves the interests of justice enormously," adding 78 percent of the defendants in those cases were either black or Hispanic.

The Manhattan DA's office stopped prosecuting most minor marijuana possession or smoking cases back in August. They say research found there's "virtually no public safety rationale" for the laws and "no moral justification" for racial disparities in how they're enforced.

New York City as a whole is becoming less strict on some low-level marijuana offenses. Earlier this month, the city started implementing a new policy where those caught smoking marijuana in public will be issued a summons instead of being arrested. According to New York Mayor Bill de Blasio, the policy "will help reduce unnecessary arrests, while making [the city] fairer and safer."