Outkast Rumored To Reunite At Coachella After 7 Years 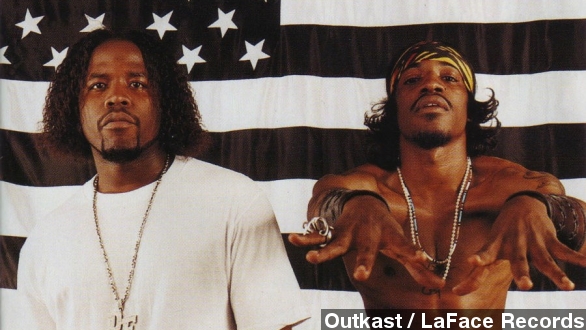 SMS
Outkast Rumored To Reunite At Coachella After 7 Years

By Jamal Andress
November 20, 2013
They went out on top, and hip-hop fans have been waiting on their return ever since. Now, Outkast is rumored to be reuniting at Coachella 2014.
SHOW TRANSCRIPT

They went out on top, and hip-hop fans have been waiting on their return ever since. Now, Grammy Award-winning rap duo Outkast is rumored to be reuniting at Coachella in 2014.

Billboard writes, ​"Under the current plan, Coachella ... would be the start of the reunion run and would be followed by additional festival dates in 2014."

Which makes perfect sense considering 2014 will be the pair's 20-year anniversary of their debut album "Southernplaylisticadillacmuzik." (Via Wikimedia Commons / LaFace Records)

BIG BOI: "Will there be anything special for this 20 years of Outkast? ... We been discussing some things, and once we map it out, we'll make an announcement. We'll see." (Via KPWR)

Since Outkast released the soundtrack for "Idlewild" in 2006, the legendary duo has been on hiatus to pursue solo careers, which have been fruitful for both artists.

Big Boi has released two CDs since '06, and Andre 3000 has been a feature king, appearing on countless tracks with everyone from Drake to Ke$ha while maintaining his spot as one of the best lyricists ever. (Via Big Boi / Island Def Jam Music Group, Global Grind)

But there's really nothing better than Outkast together.

The Atlanta-based group has won six Grammy awards, sold more than 25 million records and has the second-best-selling album in hip-hop history — the dual-disc release "Speakerboxxx/The Love Below." (Via Outkast / LaFace Records)

Coachella 2014 will be split into two weekends in April and is set to take place in Indio, Calif.