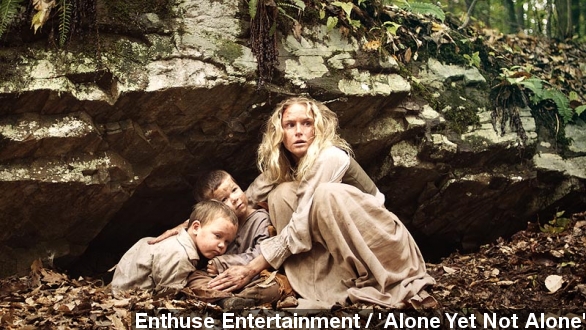 By Jamal Andress
January 30, 2014
What started as in inspirational story has since gone south. "Alone Yet Not Alone" was nominated for best original song but is now disqualified.
SHOW TRANSCRIPT

What started as in inspirational story has since gone south. "Alone Yet Not Alone" was nominated by the Academy for best original song but is now disqualified.

"Alone Yet Not Alone" was sung by Joni Eareckson Tada, a 64-year-old quadriplegic with very little professional experience. It comes from an independent film that was only released in nine theaters across the United States. (Via Enthuse Entertainment / "Alone Yet Not Alone")

"I'm gonna sing a song in a movie. It's gonna be nominated for best song. What do you think?"

"Totally impossible." (Via Inside Edition)

Time writes the "Alone Yet Not Alone" nomination "was met with a universal 'huh?'" and adds the nomination "came out of left field."

In an effort to compete with the big dogs of music and movies, who have the deep pockets to advertise, Broughton sent what the Academy calls a "well-intentioned email" to his colleagues on the music branch.

The problem is the Academy Board of Governors says that email is against the rules. "No matter how well-intentioned the communication, using one's position as a former governor and current executive committee member to personally promote one's own Oscar submission creates the appearance of an unfair advantage." (Via Entertainment Weekly)

Broughton says he is devastated by the decision and believes he didn't do anything wrong. (Via YouTube / cinemusiquefan)

Broughton also said in an interview with Variety, "I indulged in the simplest, lamest, grass-roots campaign and it went against me when the song started getting attention."

As for the best original song category, Broughton's nomination will not be replaced, so the Academy will choose from the four remaining songs for the Oscar.  Those left are "Happy" from "Despicable Me 2," "Let It Go" from "Frozen," "The Moon Song" from "Her" and "Ordinary Love" from "Mandela."