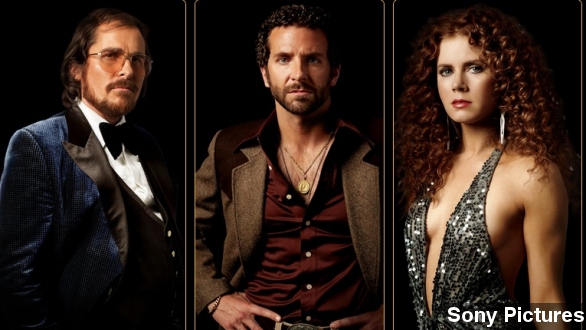 By Lauren Zima
January 16, 2014
We look at the big winners in this year's Oscar nominations, along with the surprise successes and who got snubbed.
SHOW TRANSCRIPT

Oscar nominations are out. Here's what you need to know about the nominees, the surprises — and the snubs.

Overall, nominees were fairly expected. Leading the pack are "American Hustle" and "Gravity" with 10 nominations each; "12 Years A Slave" got nine. (Via Academy of Motion Picture Arts and Sciences)

The movie also got a Best Director nom for David O'Russell, and a Best Picture nomination.

"Gravity" got Best Picture, Best Director and a Best Actor nod for Sandra Bullock, along with noms in the more technical categories.

"Dallas Buyers Club" also got six, with Matthew McConaughey and Jared Leto, both new Golden Globe winners, getting nominations for Best Actor and Best Supporting. The movie is also up for Best Picture.

And "Captain Phillips" has six nominations as well. Perhaps notable though — no nom for Oscar darling Tom Hanks. And speaking of snubs ...

"Lee Daniels' The Butler" has been pretty left out. Especially notable is the lack of nod for Oprah Winfrey, who's been recognized by the Screen Actors Guild Awards and more.

Robert Redford has also been highly praised for "All Is Lost," but he saw no love for his acting from the Academy.

Also snubbed, though many saw this coming — Scarlett Johansson in "Her." She conveyed much emotion with just a voice, but the Academy apparently wasn't impressed.

You can check out the full list of nominees, and tweet us — let us know what you think of this year's noms.