Oregon Republicans To End Walkout And Return To The Senate 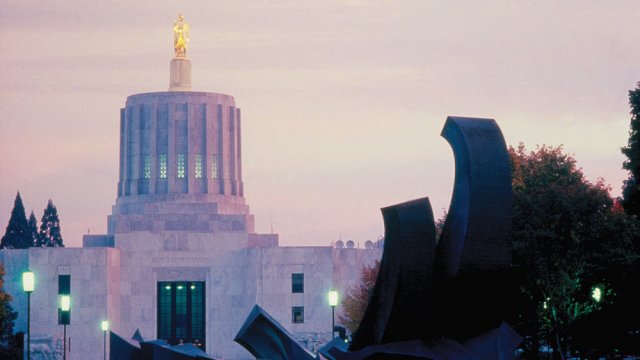 SMS
Oregon Republicans To End Walkout And Return To The Senate
By Alec Larson
By Alec Larson
June 28, 2019
​The Republican Senators will be returning to vote on budget bills and dozens of others measures before the legislative session ends Sunday.
SHOW TRANSCRIPT

Republicans in the Oregon Senate announced Friday they will be ending a walkout that has lasted for over a week and has left the Legislature at an impasse on a number of critical bills.

The Senate Minority Leader told reporters that the Republican Senators would be returning to vote on budget bills and dozens of other measures before the legislative session ends Sunday night.

The walkout began in an effort to deny the Democratic Majority Senate the number of lawmakers required to vote on a major climate change proposal.

The walkout reached the point where Oregon's Governor sent police to bring back the missing Senators. She also levied fines of $500 a day on lawmakers who were absent.

Ultimately, Senate Democrats in Oregon decided to shelve the climate proposal after determining they didn't have the votes to pass it - even with all legislators present.