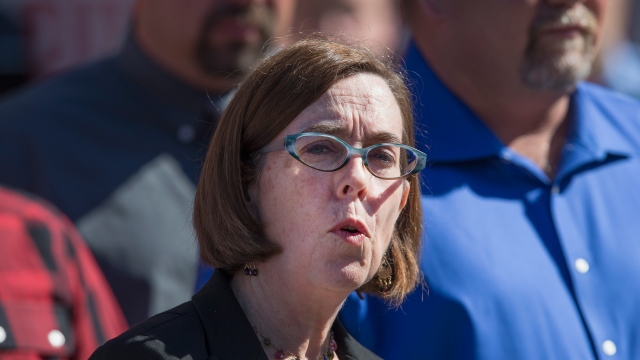 Oregon Gov. Kate Brown has announced a six-month ban on flavored vaping products in response to a growing national epidemic of vaping-related illnesses.

Brown signed an executive order Thursday morning banning flavored nicotine and THC vape products, as well the sale of vaping products that contain any "sources or additives" found to be connected to the lung illnesses.

In a statement, Brown also called for federal action on the growing epidemic of vaping-related respiratory illnesses. She said, "It's time for the FDA to regulate flavored vaping products and other additives for what they are: products that are addictive, dangerous, and targeted squarely at our youth."

The Oregon Health Authority announced the second vaping-related death in the state just over a week ago. The OHA has advised residents to stop using vape products, but the number of reported vaping-related illnesses nationwide has grown to over 1,000 as of the start of October.