Oprah Says Her Kids Would've Hated Her. Too Honest? 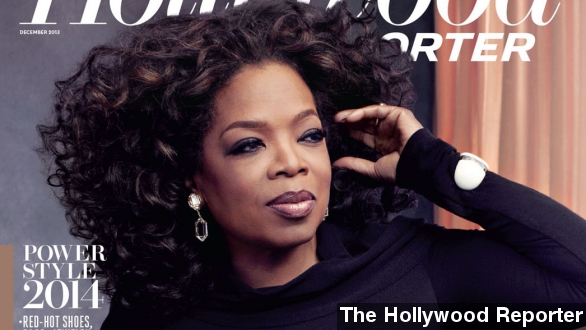 SMS
Oprah Says Her Kids Would've Hated Her. Too Honest?

By Jasmine Bailey
December 12, 2013
Oprah Winfrey's candid interview with The Hollywood Reporter is grabbing headlines. Winfrey told the outlet she wouldn't have been a good mother.
SHOW TRANSCRIPT

Oprah Winfrey admits there's one thing in life she wouldn't have been good at: motherhood.

She told The Hollywood Reporter, “If I had kids, my kids would hate me." In an exclusive interview with the magazine, Winfrey opened up about personal decisions and the transformation of the Oprah Winfrey Network.

And even gave a reason why her hypothetical children wouldn't be too fond of mommy dearest: "They would have ended up on the equivalent of the Oprah show talking about me; because something [in my life] would have had to suffer and it would've probably been them." (Via Flickr / Alan Light)

Ouch, low blow to the imaginary babies. But if there's one thing we can count on Oprah for, it's honesty.

Although Oprah did give birth to a child at age 14, the baby died soon after delivery. She's been in a relationship with Stedman Graham since 1986 and says she doesn't regret not being a mom. (Via Flickr / Greg Hernandez)

But TMZ brings up another point, saying Oprah's lack of desire for motherhood could stem from the emotional and sexual abuse she suffered as a child. (Via Biography.com)

"I was raped by a relative. … You see, there really is no darker secret than sexual abuse." (Via OWN)

But just because Oprah doesn't have any children of her own doesn't mean she hasn't been a role model for younger generations. At one point she told Forbes she considers herself a mother figure to the girls at the school she started in South Africa and it has brought her the greatest happiness in life.

OPRAH: "I wanted them to feel the strength and power of hopefulness that you can do and be, and fulfill the possibility of your creation. So that's why I do what I do."