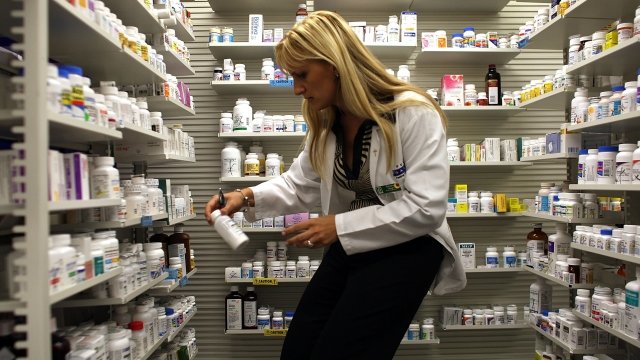 By Andrea Gonzales
September 11, 2018
A new study speculates the increase in opioid use over the past two decades could be from doctors over-correcting the undertreatment of pain.
SHOW TRANSCRIPT

In about a ten-year period, nearly a third of outpatient opioid prescriptions in the U.S. were written without a documented reason.

A study published Monday from the Annals of Internal Medicine looked at pain diagnoses in adults prescribed opioids from 2006 to 2015. Two-thirds of those scripts had a documented reason — 65 percent of painkillers usually treated back pain, arthritis, diab etes or other chronic conditions. The other five percent treated cancer-related pain.

But researchers found zero pain justification for almost 30 percent of those prescriptions.

The study notes the dramatic increase in opioid use over the past two decades could be from doctors over-correcting the undertreatment of pain. But that over-correction has raised concerns about prescribing practices and whether patients' medical conditions actually justify opioid treatment.

The CDC estimated back in August a record number of people died from drug overdoses in 2017.

The Trump administration and Congress are making efforts to combat the opioid crisis. The New York Times reports the Senate is expected to pass a bill this week aimed at stopping fentanyl and other drugs from getting into the U.S. through the international mail system.