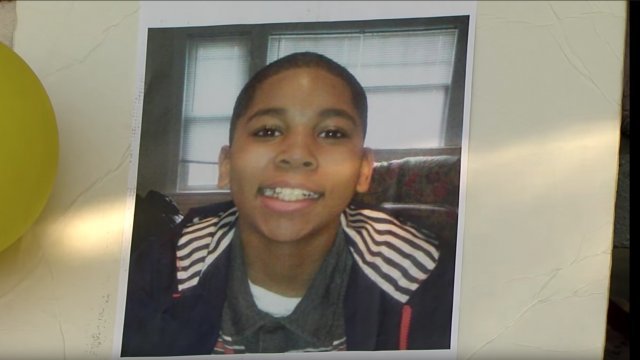 By Jamal Andress
October 9, 2018
The police chief who hired the officer said: "He was never charged. It's over and done with. ... He deserves to have a second chance."
SHOW TRANSCRIPT

The police chief who hired Loehmann, Richard Flanagan, told local paper the Times Leader: "He was never charged. It's over and done with. ... He deserves to have a second chance."

Loehmann shot and killed the 12-year-old in a Cleveland park after a neighbor called the police on "a guy" who was pointing a gun at people. The caller told the dispatcher the gun was "probably fake" and that the person holding it was "probably a juvenile."

A surveillance camera caught the shooting on video. After the video was released, the Tamir Rice shooting became one of the best known examples of police brutality among activists across the country.

Despite the surveillance video and widespread protests, Loehmann was not charged in Rice's death. He was ultimately fired from the Cleveland Police Department more than two years after shooting and killing Tamir Rice.

This isn't the first time Loehmann has switched police departments. He joined the Cleveland PD after leaving a different Ohio department that noted in his file he "could not follow simple directions" and showed a "dangerous loss of composure" during firearms training.

Tamir Rice's mother told The Daily Beast the news Loehmann had been hired again put her "in a state of shock" and "sent a feeling of numbness through [her] whole body."

The Bellaire Police Department, where Loehmann will be working, patrols Bellaire, Ohio, a small village of about 4,000 people.