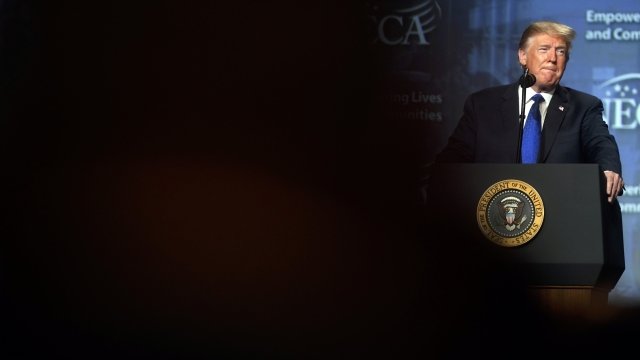 "City of New York is looking to recoup any money that Donald Trump owes the people of New York City," de Blasio said.

On Tuesday, The New York Times published a massive report on how President Donald Trump built his wealth. The Times story says he and his family participated in questionable tax moves and even "outright fraud."

President Trump responded on Twitter Wednesday, calling the report a, "very old, boring and often told hit piece on me."

Following the story's publication, the New York State Department of Taxation and Finance said it would begin its own investigation into the family's tax dealings.

The Times says its report is based on more than 100,000 pages of financial documents, including tax returns and other legal documents from the president's father, Fred Trump.