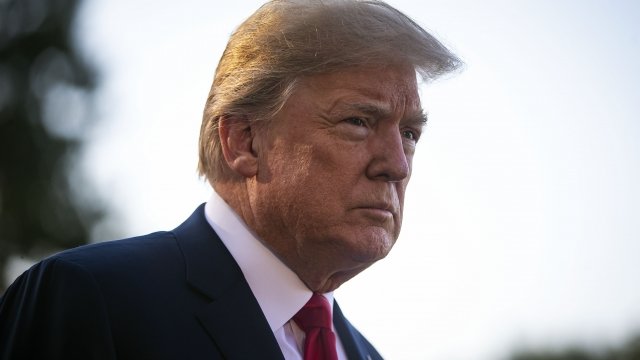 By Cristina Mutchler
September 5, 2018
An op-ed by an unnamed senior Trump administration official says a group at the White House aims to "thwart" some of the president's agenda.
SHOW TRANSCRIPT

President Donald Trump is responding to a New York Times op-ed from an unnamed senior White House official. The op-ed's author claims they're part of a resistance within the administration.

Trump called the piece a "gutless editorial" and referred to the Times as a "failing" outlet. He later tweeted, "TREASON?"

The op-ed describes a group of like-minded individuals that aims to "thwart parts of [Trump's] agenda and his worst inclinations."

It reads: "We want the administration to succeed. ... But we believe our first duty is to this country, and the President continues to act in a manner that is detrimental to the health of our republic."

According to the author, part of the group's issue with the president is Trump's "amorality" and occasionally reckless decision-making.

The op-ed goes on to reference the country's divide over the presidential leadership, citing Sen. John McCain's farewell letter to America and calling for everyday citizens to help bridge the gap between party lines.

White House press secretary Sarah Sanders also reacted to the piece, saying the author should "do the right thing and resign."

The Times says it knows who the author is but isn't disclosing their identity in order to protect their job.