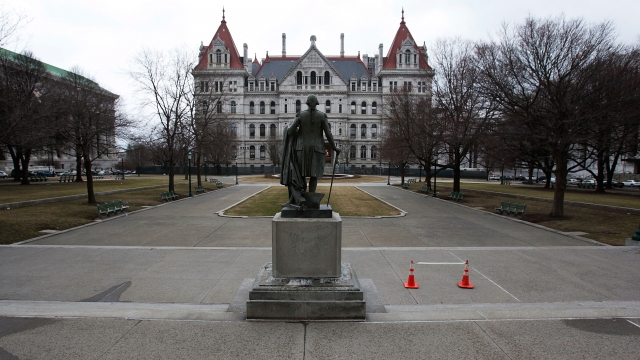 On Wednesday, the New York Senate voted to pass the Climate Leadership and Community Protection Act. The goal of the bill is to virtually eliminate the state's greenhouse gas emissions by 2050.

The measure would require the state to decrease its greenhouse gas emissions to 85% below 1990 levels by 2050. It would also make sure that the leftover 15% would be offset through other measures, such as removing carbon dioxide from the atmosphere.

The state would be required to get 70% of its electricity from renewable sources such as hydroelectric, solar and wind power by 2030, before eventually moving to entirely carbon-free power in 2040.

In a tweet on Tuesday, New York Gov. Andrew Cuomo signaled his support for the bill, saying: "Climate Change is the issue of our lifetime. I'm proud to announce a 3-way deal with the Legislature on landmark climate legislation that includes the most aggressive mandate in the country."

The bill still has to pass a New York State Assembly vote on Wednesday, but it seems likely that it will land on the governor's desk — the Assembly has already passed versions of this bill three times in the past.