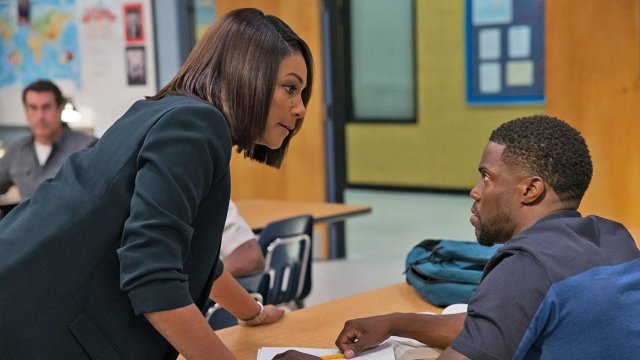 By Jamal Andress
September 30, 2018
This is Tiffany Haddish's first leading role since "Girls Trip" and it features the same producer and director as that breakout film.
SHOW TRANSCRIPT

Taking the No. 1 spot this week is Tiffany Haddish and Kevin Hart in "Night School" bringing in an estimated $28 million in its first week out. That's the best box office debut this year for a film that strictly classifies as a comedy beating out films like "Blockers", "Tag" and "Game Night."

Notably, this list does not include crossover comedy films like "Deadpool 2" or "Mamma Mia! Here We Go Again" — both of which had larger debuts than "Night School."

This is Tiffany Haddish's first leading role on the silver screen since "Girls Trip" and it features the same producer and director as that breakout film. After all if it ain't broke, see if it can make you another $100 million dollars.

That said, most analysts aren't expecting "Night School" to catch "Girls Trip" at the box office — reason being it's not nearly as good of a film. Night School carries a lousy 30% on the tomatometer.

Taking the No. 2 spot this week is "Smallfoot" bringing in an estimated $23 million in its silver screen debut. That's about what analysts expected from this animated ensemble cast film.

"Smallfoot" carries an impressive cast of voice actors and with it a sizable production budget. To book the likes of Channing Tatum, Zendaya, James Corden, Yara Shahidi and of course LeBron James ain't cheap. "Smallfoot" cost the folks at Warner Bros. about $80 million to produce.

That said, "Smallfoot" has a solid 68% on the tomatometer and is playing pretty well overseas. The worldwide box office total comes out to $38.6 million.

Taking the third and final spot this weekend is "The House With A Clock In Its Walls" bringing in an estimated $12.5 million in its second week out.

As for next week, Venom finally gets a proper introduction. And we all forget that "Spider-Man 3" fiasco ever happened.