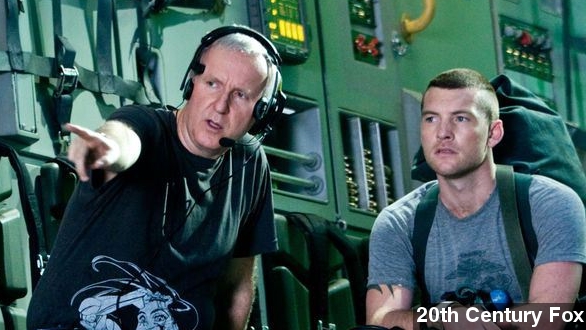 Famed director James Cameron has said he plans to live in New Zealand, but the big move is going to be a bit easier now that he'll be working there for the foreseeable future.

Monday, Cameron and New Zealand Prime Minister John Key announced the next three Avatar movies will all be shot in the country. (Via Stuff.co.nz)

"It's fantastic news for our country and the New Zealand screen industry and the wider entertainment world. ... Investment from the next three films will be significant, with a minimum of half a billion dollars being spent in New Zealand."

The first Avatar movie was mostly shot in New Zealand, but The Newcastle Herald notes "the sequels had been in doubt because other countries were offering more attractive financial incentives for big productions."

So, in order to net the big-budget trilogy, New Zealand had to make a few concessions.

Namely increasing the incentives for international studios to film there. Cameron's Avatar franchise could get back 20 to 25 percent of the money spent in New Zealand in the form of a rebate from the taxpayer. (Via New Zealand Film Commission)

The government says these investments create "a range of unique direct and indirect economic benefits to New Zealand."

And although recent studies say those economic benefits might not be all they're cracked up to be, and some New Zealanders themselves are demanding taxpayer money be paid back, a film producer told Cinema Blend the amount of cash being spent can't help but support the local economy.

"Very few businesses look to spend 100% of their capital the way a film does. We come to a place and we spend. We employ people directly to work on local crews, indirectly we support a lot of ancillary businesses."