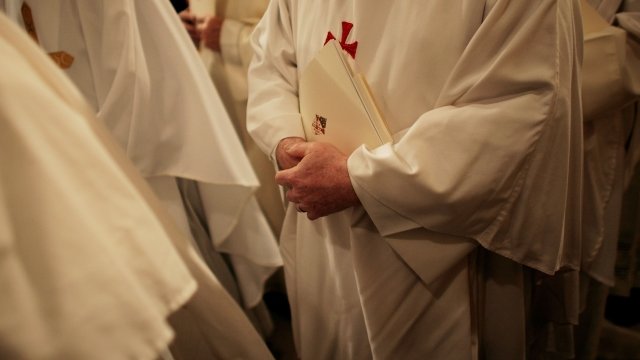 Attorney General Barbara Underwood also announced a clergy abuse hotline and online complaint form for victims to provide authorities with information confidentially. She said her office's Charities Bureau launched a civil investigation into "how the dioceses and other church entities ... reviewed and potentially covered up allegations of extensive sexual abuse of minors."

New York's investigation into the Catholic Church came after a Pennsylvania grand jury report alleged more than 1,000 children had been abused in the state over more than 70 years. The report said more than 300 priests had been "credibly accused" and that the Church tried to cover up the abuse.

Underwood noted current law could prohibit charges from being filed in some older cases. She said underage victims have until they're 23 to file civil suits or pursue criminal charges "for most types of child sexual abuse," but that "the most serious child sex crimes have no time limit on criminal charges" if the abuse happened after 2000.