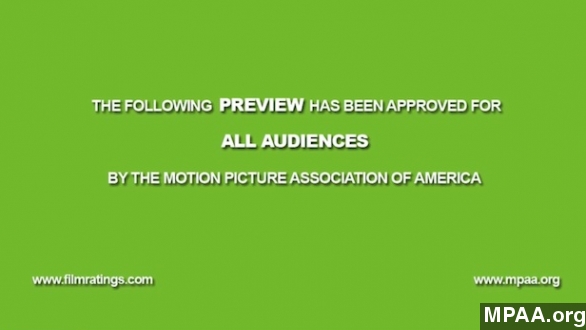 Those days when you could slip into a movie theater half an hour late and still not miss any of the feature film might be in the past, according to new guidelines from the National Association of Theatre Owners.

The executive board of the trade association posted these voluntary guidelines on Monday. Movie trailers shouldn't exceed two minutes in length, with the exception of two films from each studio; trailers cannot play in theaters more than 150 days in advance of the film's release; and other promotional material — like posters or giant cut-outs — can't be displayed in a theater more than 120 days before the release. (Via National Association of Theatre Owners)

Those are a lot of ideas, but here's what it boils down to: Theaters want shorter trailers with fewer spoilers. And under these guidelines, moviegoers won't be bombarded with marketing for movies coming out in summer 2015 until half a year before. (Via Sony Pictures / "The Amazing Spider-Man 2", 20th Century Fox / "X-Men: Days of Future Past")

Theaters have been pushing for shorter trailers since May 2013, something The Hollywood Reporter called "a controversial move" because movie studios — and the filmmakers — were openly opposed to it.

But theater owners say customers complain or, even worse, lose interest in the feature film when seven or eight trailers last up to 20 minutes. Trailers now have an almost-standard two-and-a-half-minute run time.

Many blockbuster features like last year's "Man of Steel" had a three-minute long trailer. And the length of the promo isn't the only frustration; Indiewire reported a 2013 survey that said 50 percent of moviegoers think the trailers are giving away too many spoilers or many of the film's biggest jokes. (Via Warner Bros. / "Man of Steel")

Still, the new guidelines — which, again, are voluntary — would be a huge change of pace from the way movie studios have been promoting films, especially Oscar contenders and the franchise blockbusters that make enough money for the studios to stay afloat in an unsettled industry.

The Wall Street Journal reports: "Studio executives said the guidelines would make it too difficult for them to promote their biggest features, which are often marketed as much as a year in advance. Studios like to run trailers for summer superhero movies, for instance, with other superhero movies that might play close to Christmas or even the prior summer."

Time points out another interesting tidbit in the guidelines: no digital-interaction material can appear on trailers except URLs. That means no QR codes or audio-recognition clips like for the Shazam app, which theater owners say are distracting and encourage mobile phone use in dark theaters.

So if theater owners have their way, shorter trailers with fewer spoilers could be on the movie horizon. Now if only they could do something about the price of popcorn ...