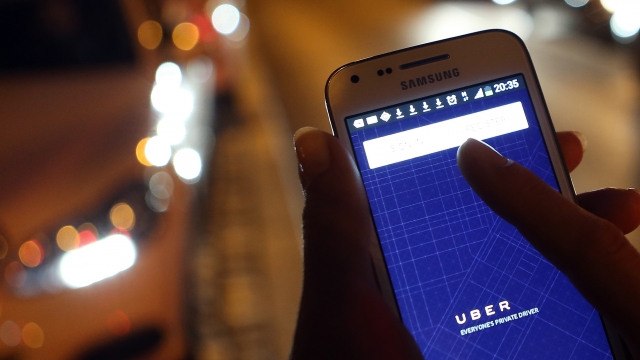 SMS
New Jersey Says Uber Owes It Up To $650 Million In Taxes And Penalties
By Alec Larson
By Alec Larson
November 14, 2019
New Jersey's Department of Labor says Uber owes it $523 million in unemployment and disability insurance taxes and up to $119 million in fines.
SHOW TRANSCRIPT

Bloomberg Law reports the New Jersey Department of Labor and Workforce Development sent a pair of letters to the company and its subsidiary, saying they had been assessed $523 million in past-due taxes over the last four years. They'll also reportedly be required to pay up to $119 million in interest and penalties.

The state's determination is limited to unemployment and disability insurance, but it could mean that Uber will have to start considering its drivers employees instead of contractors — which would entitle them to minimum wage and overtime under state law. If that happens, Bloomberg Intelligence estimated Uber's costs per driver could jump by over 20%.

A spokesperson for Uber said the company plans to fight the labor department's decision, adding: "We are challenging this preliminary but incorrect determination, because drivers are independent contractors in New Jersey and elsewhere."

The company reportedly said the process could potentially take years to resolve.