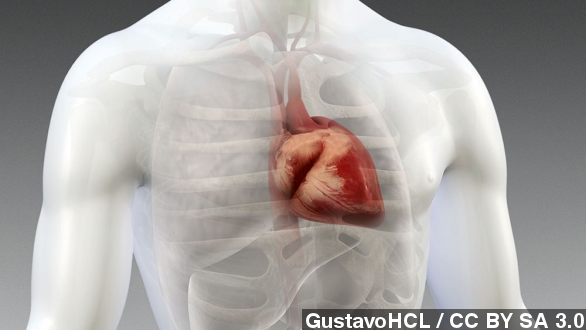 By Madison Burke
August 30, 2014
The new drug from Novartis could reduce cardiovascular deaths by 20 percent compared to other similar drugs.
SHOW TRANSCRIPT

​This new drug, LCZ696, was created by Novartis and was announced earlier this month. It's believed to reduce cardiovascular deaths by 20% when compared to other similar drugs.

Heart disease is the number one killer of both men and women worldwide and an estimated 26 million people live with the illness.

Novartis is applying for approval with the U.S. Food and Drug Administration and hopes to complete the process by the end of the year.

This success comes at a good time for Novartis as many drug companies are struggling to come up with new products. The Wall Street Journal did an article earlier this month on how Navartis's competitor Glaxo has experienced weak sales and disappointing drug launches.

Industry analysts say Novartis could earn between $2 billion and $6 billion from this new drug.

Head of Novartis's pharmaceuticals division told Businessweek, "This is going to become one of our key brands. It's clearly a multi-billion dollar opportunity."

As with most cardiovascular drugs, there can be side effects. LCZ696 can cause coughing and low blood pressure.