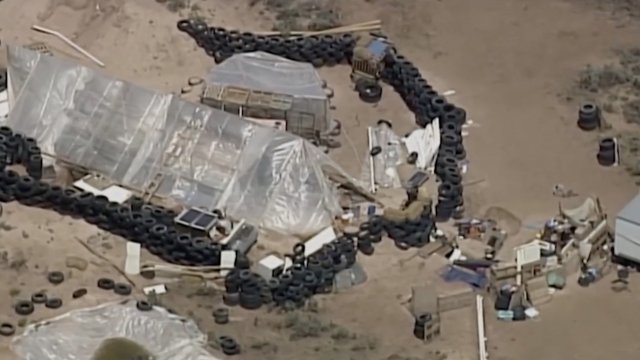 Both sets of charges link back to a compound in rural New Mexico, near the border with Colorado.

Each adult was charged with 11 counts of child abuse. But earlier this week, judges dismissed those charges because prosecutors didn't hold a preliminary hearing within 10 days, as the state's law requires.

Three of the suspects were released, but two were kept behind bars because they faced additional charges for their alleged role in the death of a 3-year-old boy.

With the new firearms charges filed, all five are back in custody. Prosecutors say they plan to refile the child abuse charges.