Neanderthals Probably Died Out Earlier Than We Thought 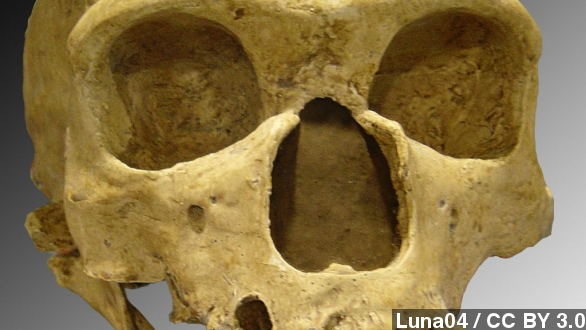 SMS
Neanderthals Probably Died Out Earlier Than We Thought

By Christina Hartman
August 21, 2014
A new study is packed with interesting Neanderthal-related findings, including a "definitive answer" to when they went extinct.
SHOW TRANSCRIPT

​A big question plaguing paleoanthropologists — that is, people who study ancient humans — is just when did Neanderthals disappear?

Most thought our early human ancestors went extinct about 30,000 years ago.

But — and we’ll get into this a little more later — dating really old bones can get tricky.

And in what The New York Times called "the most definitive answer yet," a new study suggests Neanderthals actually disappeared from Europe 10,000 years earlier than previously thought.

The simplest way we can explain it is that researchers used radiocarbon dating but removed contaminants they think were making samples seem older than they actually were. (Video via Natural History Museum London)

It all comes from University of Oxford researchers who published their findings in the journal Nature.

The study is actually chock-full of interesting Neanderthal-related findings. A glance at the headlines provides a sampling of what various editors thought was most interesting.

Including the extinction date we just discussed and the fact the study suggests Neanderthals and modern humans coexisted and interbred for thousands of years.

And New Scientist focuses on the revelation that humans played a role in Neanderthal extinction, characterizing us as "an invasive species."

Another theory the study might have turned on its head: that Neanderthals disappeared all at once. Instead, researchers think their evidence suggests it happened "at different times in different regions."