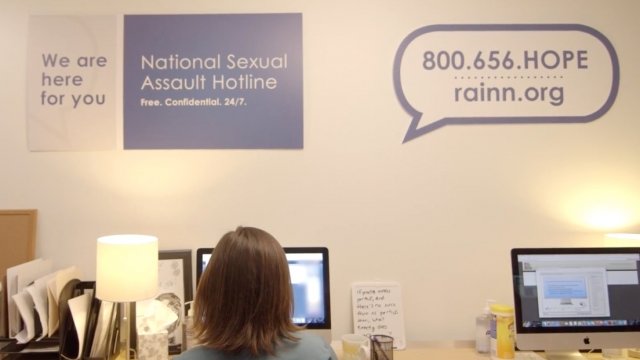 While many this week listened intently to the congressional testimonies of Christine Blasey Ford and Supreme Court nominee Brett Kavanaugh, many others needed a listening ear because of the events unfolding on Capitol Hill.

The number of people the National Sexual Assault Hotline helped on Thursday was 201 percent above average, which it says was due to the Senate Judiciary Committee hearing.

According to the Rape, Abuse, and Incest National Network, or RAINN, which operates the hotline, it's not unusual to see an increase in calls when news organizations report on sexual assaults.

RAINN says since Ford came forward with allegations against Kavanaugh, there's been a 45.6 percent increase in calls to its hotline compared to this same time last year.

On Friday, RAINN said it's grateful lawmakers postponed voting on his nomination until the FBI finishes investigating Ford's allegations, which Kavanaugh denies.