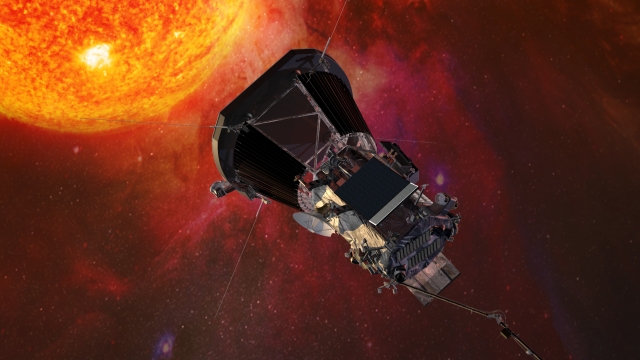 By Evan Thomas
May 31, 2017
Scientists will investigate how the corona reaches blistering temperatures, how the solar wind gets its speed and how space weather affects Earth.
SHOW TRANSCRIPT

NASA's Parker Solar Probe will "touch" the sun — sort of.

The surface of the sun is called the photosphere; that's the bright part that shines with visible light. It's so hot and energetic that anything that gets too close tends to get vaporized or at least much crispier.

So, the solar probe will fly through the corona, the outermost layer of the sun's atmosphere. It will use gravity assists at Venus to orbit closer to the sun than any other spacecraft — about 4 million miles from the surface.

There's still a lot we don't know about our star and its effects on our solar system. The Parker probe will study the plasma and the magnetic fields near the sun and could answer long-standing questions about the star's behavior. 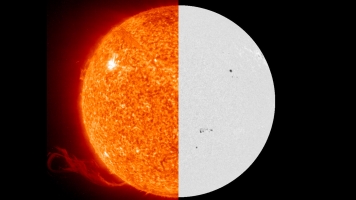 The Sun Isn't Yellow Or Orange; It's White

"Why is the corona hotter than the surface of the sun? That defies the laws of nature," said Nicola Fox, a project scientist with the Johns Hopkins University Applied Physics Laboratory. "Why in this region does the solar atmosphere suddenly get so energized that it escapes from the pull of the sun and bathes all of the planets?"

Researchers hope their findings will help us get better at forecasting potentially dangerous space weather. Solar outbursts can damage our satellites and power grids, so the more warning we have, the better.