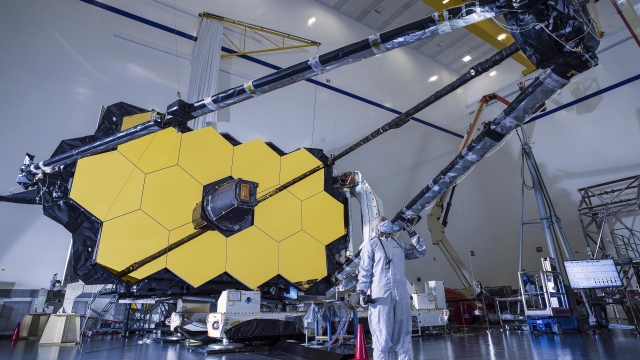 Engineers have successfully connected the two halves of the James Webb Space Telescope, a major milestone in the development of NASA's space observatory.

Now that the two halves are put together, engineers have to electrically connect them and then test that connection.

NASA says the telescope "will be the world's premier space science observatory. It will solve mysteries in our solar system, look beyond to distant worlds around other stars, and probe the mysterious structures and origins of our universe and our place in it."

The Webb program is an international venture led by NASA in cooperation with the European and Canadian space agencies.

The program's director said in a statement, "This is an exciting time to now see all Webb's parts finally joined together into a single observatory for the very first time. The engineering team has accomplished a huge step forward and soon we will be able to see incredible new views of our amazing universe."

The telescope is currently scheduled to launch in 2021.