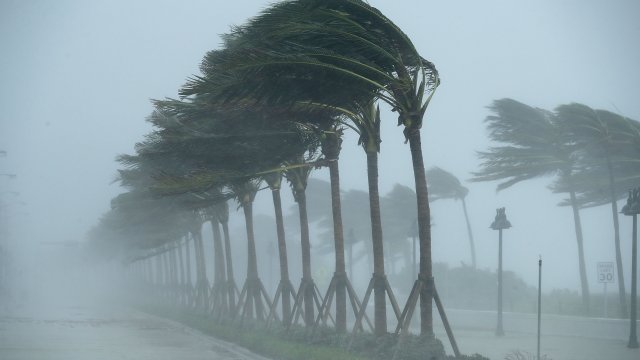 The 2018 Atlantic hurricane season reached the middle of its peak Monday, as Hurricane Florence barrels toward the East Coast.

The season officially runs from June 1 to Nov. 30. But the busiest period is thought to be the eight weeks from mid-August to mid-October where wind shear, temperature and moisture tend to be at the best possible condition for storm formation.

Hurricanes Harvey, Irma and Maria all made landfall during the peak of last year's hurricane season.

So far no hurricanes have made landfall on the U.S. during this year's peak — but that will most likely change with Florence.

The Category 4 storm was upgraded twice Monday. More than one million people along the U.S. East Coast have been ordered to evacuate before Florence is predicted to make landfall somewhere over the Carolinas on Thursday.

Forecasters already have their eye on several other storm systems currently churning in the Atlantic.

There are at least two tropical storms Tuesday — Isaac, which is heading toward the Lesser Antilles in the Caribbean Sea and Olivia, which could dump as much as 20 inches of rain on Hawaii's Big Island this week. Meanwhile, officials say Hurricane Helene should head north and does not pose a direct threat to land.