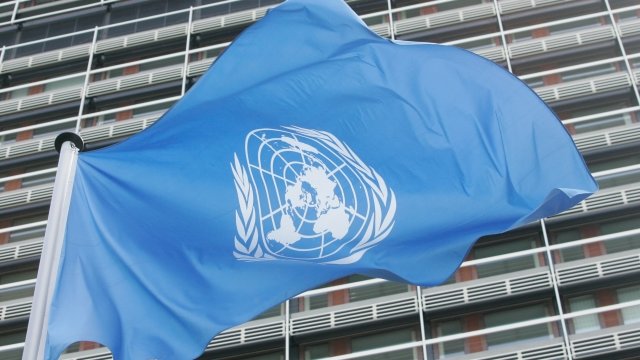 By Cristina Mutchler
September 21, 2018
A new report predicts more than half of U.N. member nations won't be able to hit their target for reducing early deaths from diseases like cancer.
SHOW TRANSCRIPT

More than half of all United Nations countries won't be able to meet their targets for preventing early deaths by 2030, according to a new report.

As part of a sustainable development goal, U.N. member states have agreed to reduce premature deaths from noncommunicable disease by a third in that time frame. Those health conditions include cancer, diabetes, chronic respiratory disease and cardiovascular disease.

Analysis published Thursday in The Lancet predicts that most countries likely won't be able to fulfill that commitment for women or for men. Researchers came to that conclusion after comparing changes in death rates from chronic disease between 2010 and 2016 in 186 countries.

In the U.S., for example, almost 1 in 8 women ages 30 to 70 die from chronic disease, aligning the U.S. with results from low and middle-income countries. That's compared to South Korea, where about 1 in 20 women die prematurely from noncommunicable disease.

For context, early death is usually described as dying before age 70.

The study's authors say this shows the issue isn't being adequately addressed around the world, and suggest that countries take action on a number of items in order to improve their chances of meeting the goal.

They say reaching the targets would cost hundreds of billions of dollars per year for health care workers and facilities, measures to combat air pollution and childhood obesity, and earlier diagnosis and treatment of chronic disease.

The findings come just before the U.N. holds its third high-level meeting on noncommunicable disease in New York next week.