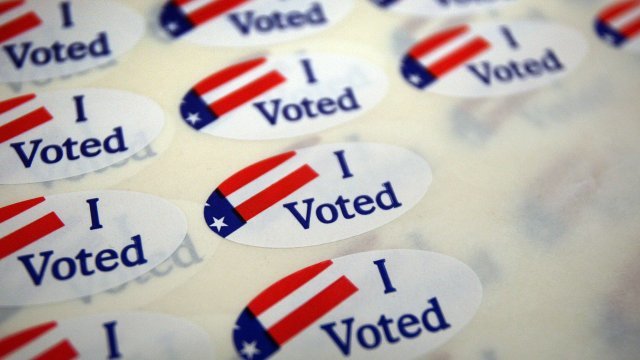 By Katie Cammarata
October 10, 2018
The Missouri judge was ruling on a lawsuit filed by Priorities USA on behalf of some Missouri voters.
SHOW TRANSCRIPT

Voting's going to be just a little easier for some Missourians this November.

In a verdict on Tuesday, Cole County Senior Circuit Judge Richard Callahan blocked part of the state's voter ID law that requires voters who don't have photo ID to sign a sworn statement and come back with a photo ID in order to cast a ballot.

Callahan also ruled the state can't advertise that photo ID is necessary for voting. His ruling goes into effect immediately.

In addition to the sworn statement option, the 2016 law gave voters two other choices when trying to cast a ballot: They could show a government-issued photo ID, like a driver's license or passport. They could also show a non-photo ID card, like a utility bill, and sign an affidavit stating they are who they say they are.

Callahan's ruling doesn't void the law, voters still have to show some form of ID.

Voters in 34 states, including Missouri, are asked to present some form of ID when trying to cast a ballot. Supporters of voter ID laws say it helps cut down on voter fraud.

Callahan was ruling on a lawsuit filed by Priorities USA, a liberal advocacy group, on behalf of some Missouri voters. It claims hundreds of thousands of Missourians don't have photo IDs and would be less likely to vote if it seems like they need them to do so.

In his judgment, Callahan said the state doesn't benefit from making voters feel like voter ID is required.