This Year's Miss America Competition Is Skipping The Swimsuit Portion 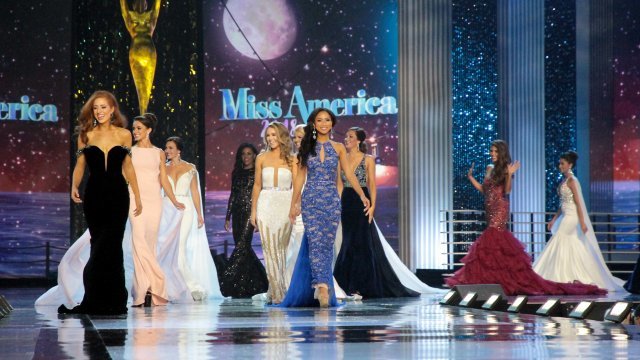 By Gabrielle Ware
September 9, 2018
Organizers say the pageant is moving its focus away from contestants' looks.
SHOW TRANSCRIPT

The Miss America pageant got a makeover this year. For the first time in its 97-year history, there won't be a swimsuit competition when it airs Sunday.

Miss America, rebranded Miss America 2.0, will replace its swimsuit competition with more interviews. The change is part of an effort to update the contest and shift focus from participants' looks to their goals and achievements.

A statement on the Miss America website says, "Starting this year, candidates will no longer be judged on outward appearance."

Contestants will also no longer be required to wear evening gowns. Instead, they can wear whatever evening attire they want for that part of the program.

Gretchen Carlson, an early #MeToo movement voice, former Fox News host and former Miss America, was elected to head the competition's board of trustees in January.

She stepped into the role after former CEO Sam Haskell and several board members were discovered to have exchanged sexist and vulgar emails about contestants.