Microsoft Ex-CEO Ballmer Agrees To Buy Clippers For $2B 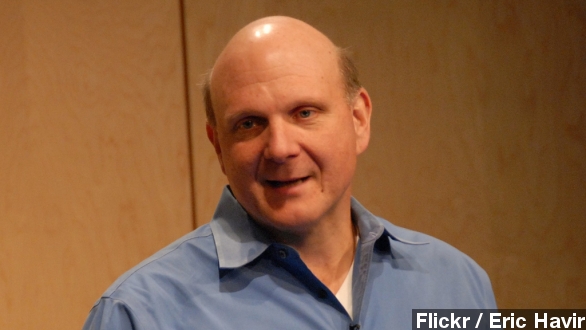 SMS
Microsoft Ex-CEO Ballmer Agrees To Buy Clippers For $2B

The NBA has been seeking a new owner for the Los Angeles Clippers for weeks after racist remarks by current owner Donald Sterling prompted the league's commissioner to ban Sterling for life. Fortunately, it looks like the league managed to find someone less publicly embarrassing than Sterling. Sort of.

Yes, former Microsoft CEO Steve Ballmer could become the next owner of the Clippers. The Los Angeles Times reported Thursday Ballmer beat out other hopefuls with a $2 billion bid, which, while it's not yet finalized, would be the biggest price tag for an NBA team.

Ballmer retired from Microsoft in February after 34 years with the Seattle-based company, fourteen of which were as CEO. With an estimated net worth of $20 billion, Ballmer was reportedly the only Clippers bidder who didn't intent to partner with other buyers.

Ballmer has been eyeing NBA ownership for a while. Last year he joined a $550 million bid to move the Sacramento Kings to Seattle, a move NBA owners rejected.

But don't fret, Clippers fans, your team probably won't be leaving home any time soon. In a recent interview, Ballmer told The Wall Street Journal ​"If I get interested in the Clippers, it would be for Los Angeles. ... Moving them anywhere else would be value destructive."

Of course, the deal isn't final just yet. Sterling's lawyer told the press Wednesday the current owner would fight "to the bloody end" to retain ownership of the team. This despite reports Sterling's wife Shelly had been authorized to sell the team. (Via The Washington Post)

News of the proposed sale comes five days before an NBA hearing to decide the future of Sterling's ownership of the Clippers. The deal would also require the sign-off of the NBA's 29 other owners.