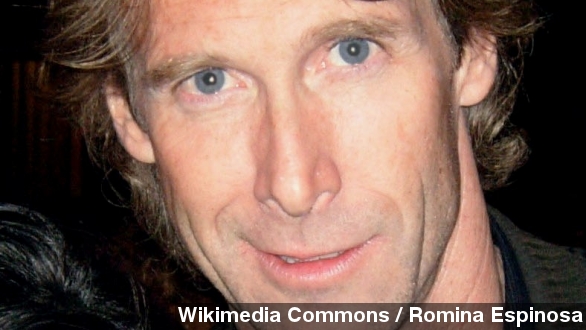 By Briana Koeneman
January 7, 2014
Michael Bay had a mini meltdown and walked off stage at the Consumer Electronics Show when the teleprompter malfunctioned.
SHOW TRANSCRIPT

Michael Bay is definitely used to being in the spotlight by now — but it sure didn't look that way when he took the stage at the Consumer Electronics Show in Las Vegas Monday.

The "Transformers" director was supposed to promote Samsung's new curved UHD TVs. But thanks to a reported teleprompter glitch, this cringe worthy moment was all the audience got. (Via YouTube / HitFix)

It looks like Bay was so flustered by the initial issues with the teleprompter that he couldn't pull himself back together and walked right off the stage. (Via The Los Angeles Times)

Just a few hours after his mini meltdown, Bay tried to explain himself via a statement on his website.

"Wow! I just embarrassed myself at CES... I got so excited to talk, that I skipped over the Exec VP’s intro line and then the teleprompter got lost. Then the prompter went up and down — then I walked off. I guess live shows aren’t my thing." (Via Michael Bay Dot Com)

This is just the latest weird thing to happen to the director in the past few months.

In October, TMZ reports Bay was attacked by a man with an air conditioning unit on the set of "Transformers: The Age of Extinction." Fortunately, he didn't suffer any injuries during the strange encounter.