Mexico Says It Could House Migrants Awaiting Asylum On One Condition 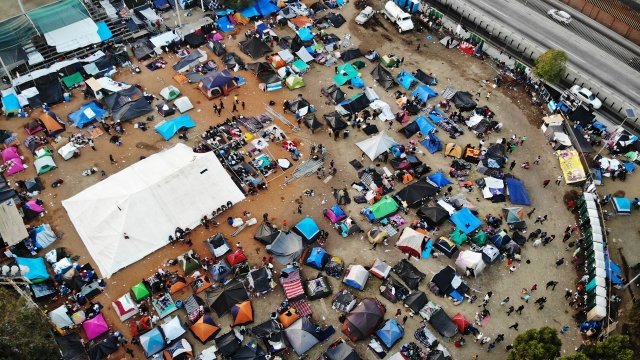 By Katherine Biek
November 28, 2018
Currently, some asylum seekers stay in the U.S. while their claims go through the court system — a process that can take years.
SHOW TRANSCRIPT

Mexico's incoming government says it's willing to consider letting thousands of Central American migrants reside in Mexico while their asylum claims are processed in the U.S.

But in return, Mexico reportedly wants the Trump administration to contribute U.S. aid to development projects in Central American countries like Honduras and El Salvador.

Mexico's incoming foreign minister — who's scheduled to meet with Secretary of State Mike Pompeo Sunday to discuss the migration issue at the border — told reporters that the U.S. should invest around $20 billion.

More than 5,000 migrants have reached Tijuana, Mexico, which is across the border from San Diego, California. U.S. Customs and Border Protection has reportedly started processing some their asylum claims.

Currently, some asylum seekers stay in the U.S. while their claims go through the court system — a process that can take years.

Meanwhile, the Justice Department is planning to appeal a judge's order blocking the Trump administration from denying asylum to immigrants who cross the southern border illegally.