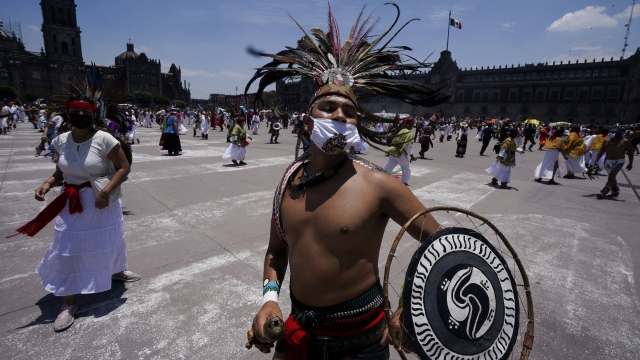 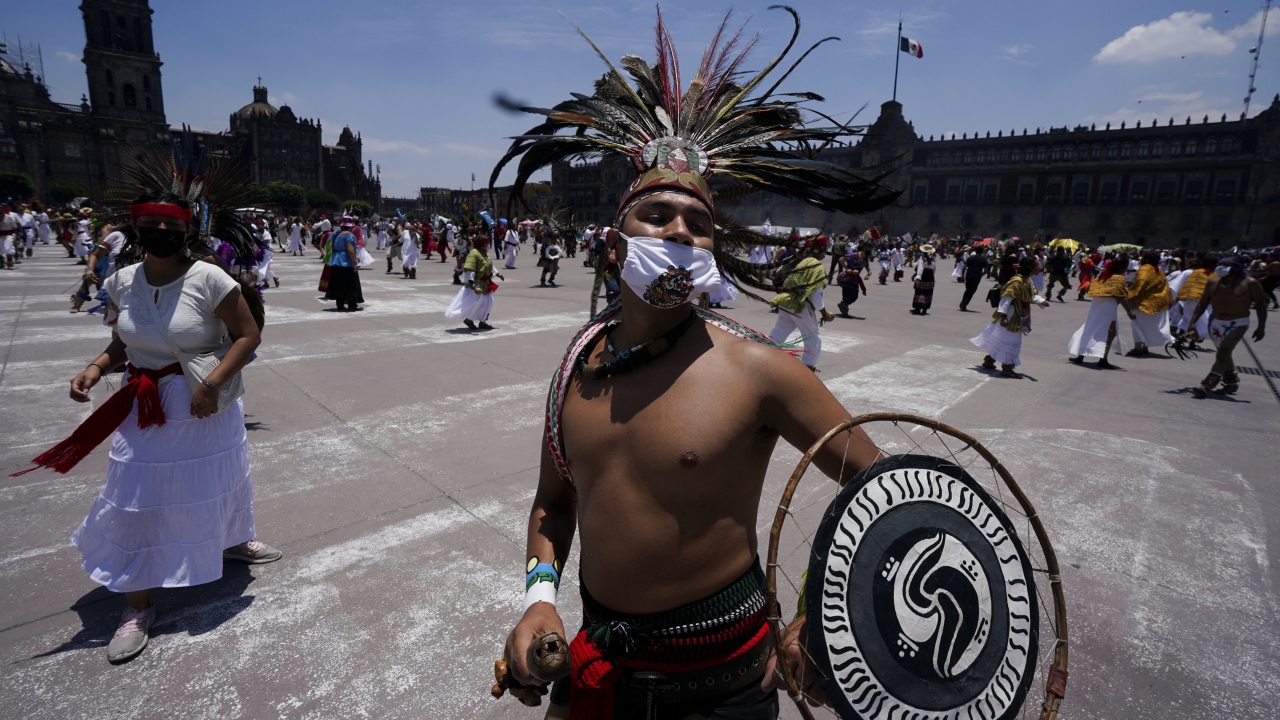 Walking for hours through the gritty streets in the center of Mexico City, you can hear the daily urban soundtrack: Car engines, the call of the man who buys scrap metal and the handbells that announce the passing of a garbage truck.

It's hard to imagine that some of these streets trace the outline of what was, five centuries ago, Tenochtitlan, a sophisticated city on an island in a bridge-studded lake where a great civilization flourished.

The Aztec emperors who ruled much of the land that became Mexico were defeated by a Spanish-led force that seized the city on August 13, 1521. Despite all that was lost in the epic event 500 years ago — an empire and countless Indigenous lives — much remains of that civilization long after its collapse. Vestiges lie beneath the streets, in the minds of the people, and on their plates. Then, as now, the city’s center was dedicated to commerce, with vendors laying out wares on blankets or in improvised stalls, much as they would have done in 1521.

Artists, intellectuals and the government are trying to show what it was all like and what remains, in novel forms: they plan to paint a line on the streets of the city of 9 million to show where the boundaries of the ancient city of Tenochtitlan ended. The drying up of lakes that once surrounded the city long ago erased that line.

Officials have also built a near life-size replica of the Aztecs' twin temples in the capital's vast main plaza. It is part of a project to rescue the memory of the world-changing event, which for too long has been mired in the old and largely inaccurate vision of Indigenous groups conquered by the victorious Spaniards.

"What really was the Conquest? What have we been told about it? Who were the victors, and who were the defeated?" asks Margarita Cossich, a Guatemalan archaeologist who is working with a team from the National Autonomous University. "It is much more complex than simply talking of the good versus the bad, the Spaniards against the Indigenous groups."

For example, expedition leader Hernán Cortés and his 900 Spaniards made up only about one percent of the army of thousands of allies from Indigenous groups oppressed by the Aztecs. But the official projects pale in comparison to the real-life surviving elements of Aztec life.

The line delimiting the old city boundaries will run near where women sell corn tortillas, whose ingredients have varied not at all since the Aztecs. Other stands sell amaranth sweets mixed with honey or nuts; in Aztec times, the amaranth seeds were mixed with blood of sacrificed warriors and molded into the shapes of gods. And then eaten, as historian Hugo García Capistrán, explains, but with a sense of ritual.

Not everything ended on Aug. 13, 1521, when the last leader of the Aztec resistance, the Emperor Cuauhtemoc, was taken prisoner by the Spaniards. There is only a simple plaque marking the spot, in the tough neighborhood of Tepito."Tequipeuhcan: 'The place where slavery began.' Here the Emperor Cuauhtemotzin was taken prisoner on the afternoon of Aug. 13, 1521," reads the plaque on a church wall.

A few blocks away, Oswaldo González sells figurines made of obsidian, the dark, glass-like stone prized by the Aztecs.

There also remain traces of Cortés, though they're neither very public or prominent; Mexicans have learned at school for generations to view him as the enemy. President Andrés Manuel López Obrador has promoted telling the Indigenous side of the story, and has asked Spain to apologize for the murder, disease and exploitation of the Conquest. Spain hasn't, and the Spanish ambassador was not invited to the 500th anniversary ceremonies scheduled for Friday.

Archaeologist Esteban Mirón notes that there isn't a single statue to Moctezuma — the emperor who welcomed Cortés — in the city. Nor are there any statues of Cortés.

As Mirón traces the route that the Spaniard took into the city in 1519 — welcomed at first, the Conquistadores were later expelled — there is a stone plaque commemorating the first meeting between Cortés and the Aztec emperor.

Inside a nearby church, another plaque marks the niche where Cortés' bones are believed to lie. It was said he wanted to be buried here, near the site of his greatest victory, made possible by feats like constructing a fleet of wooden warships to assault the lake-ringed island city. Tenochtitlan was completely surrounded by a shallow lake crossed by narrow causeways, so the Spaniards built attack ships known as bergantines — something akin to floating battle platforms — to fight the Aztecs in their canoes. A street nearby marks the place where Cortés docked those ships, but again, there is no monument.

Tenochtitlan also marked some terrible defeats for the Spaniards. They had entered the city in 1519, but had been chased out with great losses a few months later, leaving most of their plundered gold behind. On June 30, 1520, the so-called "Sad Night," now re-dubbed "The Victorious Night," Cortés was forced to flee, leaving many dead Spaniards behind.

"The historical record says that they left walking through the lake, which was not very deep, on top of the bodies of their own comrades," Mirón notes.

In 1981, a public works project in the area unearthed a bar of melted Aztec gold — a small part of the loot that the Spanish soldiers dropped in their retreat. But it's not just artifacts; the spirit of ancient Mexico remains very much alive.

Mary Gloria, 41, works making embroidery in a squatter's settlement near the edge of the old city. Gloria just finished embroidering a figure of “Mictlantecuhtli," the Aztec god of death, to mark the city's huge toll in the coronavirus pandemic. Similar plagues — smallpox, measles and later cholera — nearly wiped out the city's Indigenous population after the conquest. Survival, above all, was the main Indigenous victory from 1521.

Now, Gloria wants to redeem Malinche, the indigenous woman who helped the Spaniards as a translator. Long considered a traitor, Malinche ensured the survival of her line.

"It is up to us rewrite the script," Gloria says.