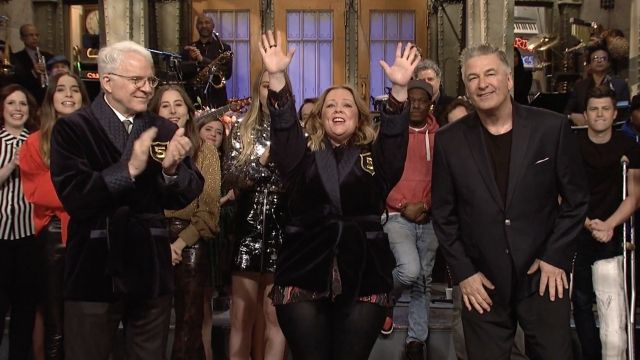 By Ryan Biek
May 14, 2017
The comedian hosted "Saturday Night Live" for the fifth time.
SHOW TRANSCRIPT

Melissa McCarthy is now a member of the "Saturday Night Live" Five-Timers Club.

She hosted "SNL" for a fifth time, joining the ranks of legends like Steve Martin, Drew Barrymore and Tom Hanks.

Usually when someone reaches this milestone, their opening monologue is devoted to celebrating it. But because it was the night before Mother's Day, McCarthy took the time to give one lucky mom in the audience a backstage tour.

McCarthy also brought back her impression of White House press secretary Sean Spicer in a skit that ended with a kiss you'll have to see to believe. 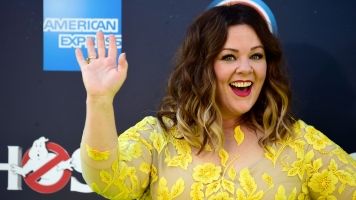 At the end of the show, Steve Martin surprised her with her own Five-Timers Club smoking jacket.

But McCarthy has a ways to go to take the "SNL" hosting record from Alec Baldwin. He's hosted 17 times.

The show's season finale is May 20. Dwayne "The Rock" Johnson will be hosting and joining the Five-Timers Club as well.