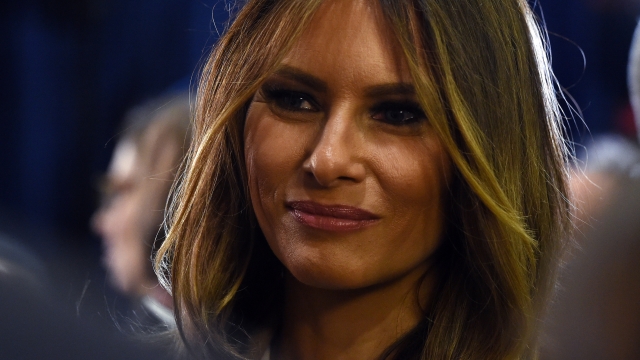 By Samantha Crook
September 1, 2016
Melania Trump followed through on some of those lawsuit threats.
SHOW TRANSCRIPT

Melania Trump followed through on some of those lawsuit threats against media outlets suggesting she was part of an escort business before marrying Donald Trump.

The Daily Mail and the blog Tarpley were the targets in the $150 million defamation lawsuit filed Thursday after they reported claims Melania Trump's lawyer called "100% false."

SEE MORE: Why Melania Trump Says She Deleted Her Website

The outlet's statement read in part: "To the extent that anything in the Daily Mail's article was interpreted as stating or suggesting that Mrs. Trump worked as an 'escort' or in the 'sex business,' that she had a 'composite or presentation card for the sex business,' or that either of the modeling agencies referenced in the article were engaged in these businesses, it is hereby retracted, and the Daily Mail newspaper regrets any such misinterpretation."

Trump's lawyer, Charles Harder, is known for previously representing Hulk Hogan in the suit against the now-defunct outlet Gawker.

Prior to Trump's formal lawsuit, her lawyer put a handful of news outlets "on notice." Shortly after, The Inquisitr and Bipartisan Report issued retractions with apologies.