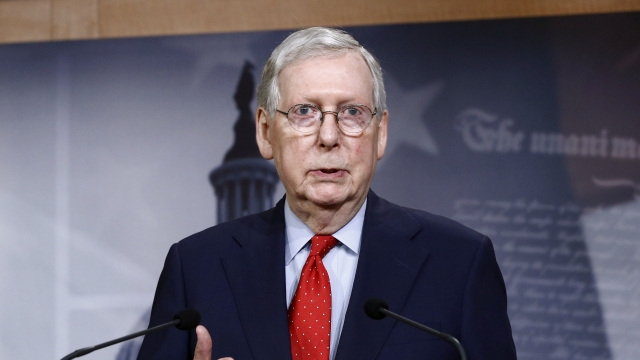 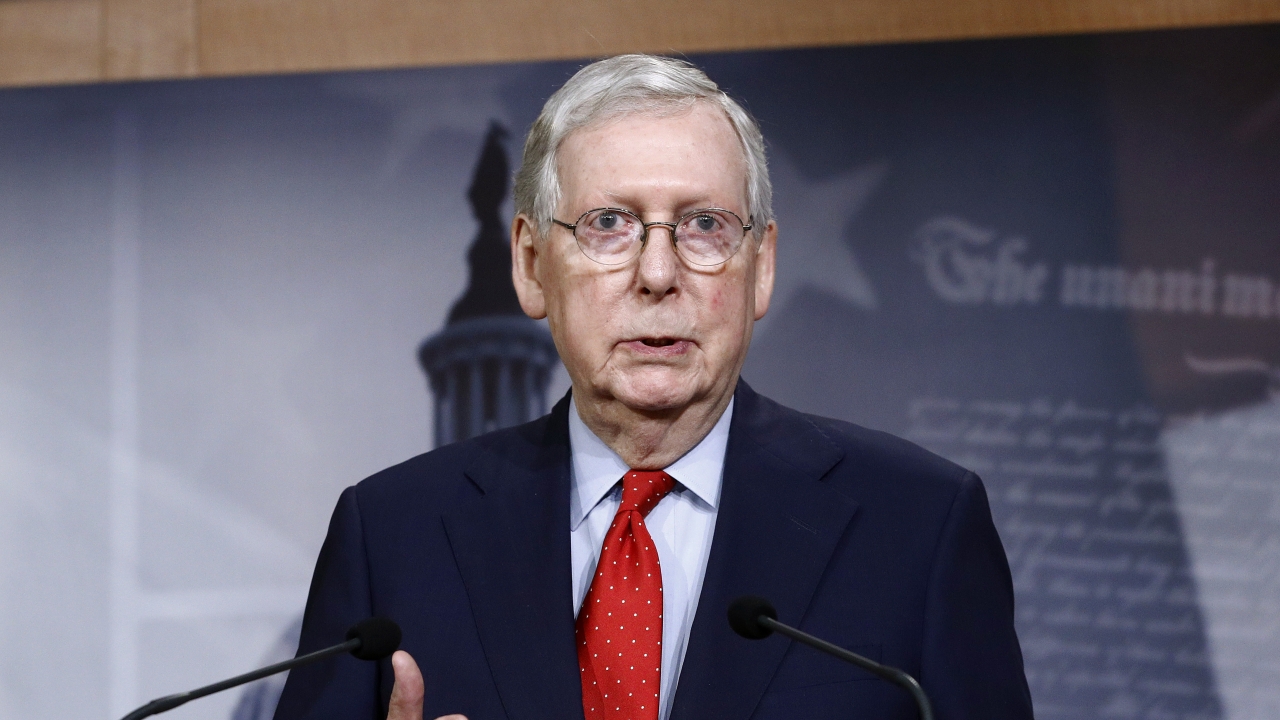 By Johannah Grenaway
April 22, 2020
Senate Majority Leader Mitch McConnell says there's been nothing to "discourage" him from reconvening on May 4 as planned.
SHOW TRANSCRIPT

Senate Majority Leader Mitch McConnell says the Senate start confirmation hearings for President Donald Trump's judicial nominees as soon as the Senate is back in session.

During an interview on the Hugh Hewitt radio show, McConnell said: "My motto for the year is leave no vacancy behind. That hasn't changed. The pandemic will not prevent us from achieving that goal."

Congress is under a stay-at-home order until May 4 amid the coronavirus pandemic, so most lawmakers are out of town and confirmation hearings have been put on hold. McConnell said he hasn't seen anything that would "discourage" him from reconvening on that date.

Last week President Trump threatened to adjourn Congress in order to get some federal appointments pushed through himself if the Senate didn't "fulfill its duty" to vote on his nominees.

Since President Trump took office, 193 of his judicial nominations have been confirmed by the Senate, including now-Supreme Court Justices Brett Kavanaugh and Neil Gorsuch.