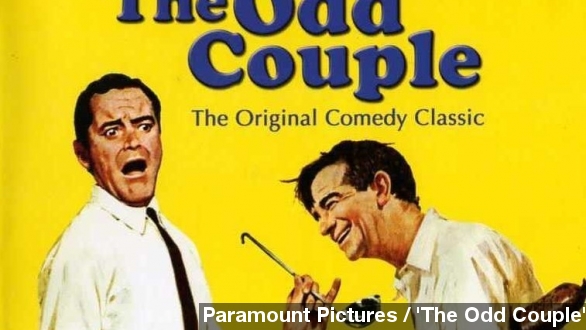 By Jasmine Bailey
December 14, 2013
CBS will reportedly air a remake of the film and sitcom "The Odd Couple," which Matthew Perry will star in, write and produce.
SHOW TRANSCRIPT

"I don't think that two single men living alone in a big eight-room apartment should have a cleaner house than my mother." (Via Paramount Pictures / "The Odd Couple")

Neil Simon's "The Odd Couple" is a story that started out on Broadway, became a film in the late '60s and then a TV series in 1970. (Via IMDb, ABC)

It follows Oscar Madison, an easygoing, messy bachelor, and Felix Ungar, the uptight clean freak. The two men end up living together after getting divorced from their wives, and well, the comedy goes from there.

Perry told Deadline Hollywood the movie is the inspiration behind his vision.

"[I]t has been a dream for me to play Oscar Madison. … To be given the opportunity to develop a modern version of it for CBS has put a permanent smile across my face. … The search for Felix Ungar is on!"

Not only will he star in the upcoming show, but he will also executive produce and help write it. Perry says he's also excited to get back in front of a studio audience. (Via Comedy Central)

This could potentially be a sort of comeback for Perry, who's had a couple short-lived gigs over the past few years as an alum on NBC's "Go On," which lasted about a year, and ABC's "Mr. Sunshine," which was only on the air for less than four months.

Danny Jacobson of the '90s sitcom "Mad About You" is also an executive producer and writer for the upcoming CBS show. There's not yet any on-air commitment, so no word on when the show could begin filming.