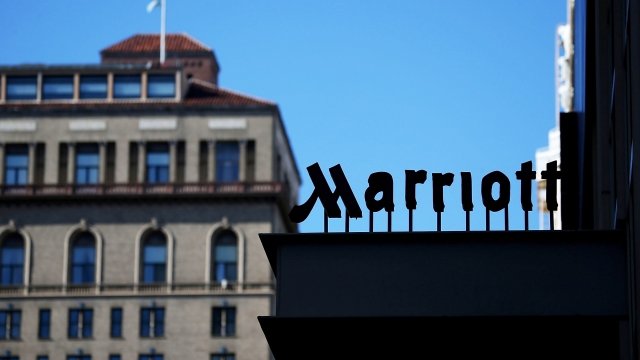 SMS
Marriott To Pay For New Passports If Fraud Is Found After Data Breach
By Cristina Mutchler
By Cristina Mutchler
December 4, 2018
The hotel chain told media outlets it will cover passport replacement costs for guests affected by fraud as a result of its recent data breach.
SHOW TRANSCRIPT

The hotel chain told media outlets that it'll reimburse guests for new passports if fraudulent activity is found as a result of the breach. For an adult, the cost for a new passport runs up to $110.

Marriott announced Friday that personal information belonging to as many as 500 million Starwood customers was exposed when hackers got into that system. It said around 327 million of those people might've also had their passport number disclosed.

But just taking a U.S. passport number doesn't mean you'll be able to use it to travel, according to the State Department. The agency said Monday that it's aware of the breach, and assured the public that a hard copy of a passport book or card is needed to travel internationally.

Marriott's move comes after lawmakers, including Sen. Chuck Schumer, called for the hotel chain to cover any necessary passport replacements.

Marriott said it learned about the breach Nov. 19, but it'd been ongoing from 2014 until September 2018. The vulnerability in the system apparently wasn't discovered when Marriott acquired Starwood in 2016.