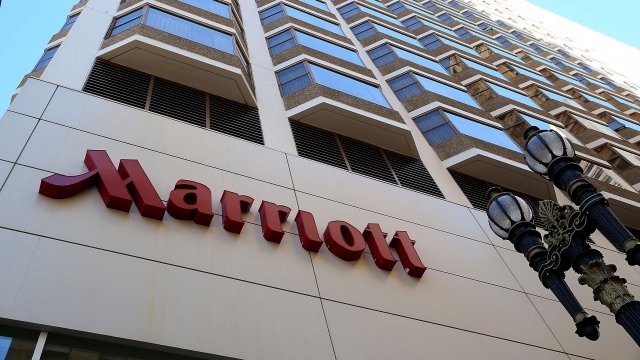 Marriott announced Friday hackers accessed the personal information of as many as 500 million guests in its Starwood reservations database. The company said in a statement the hack started in 2014.

For about 327 million of those guests, that information included some combination of their name, birthday, passport number, and other personal details. The company didn't say how many people had their payment information stolen, but did say this data was encrypted.

Starwood properties include the Westin, Sheraton and St. Regis.

Marriott bought Starwood in September 2016, after the hack had started. Marriott said it reported the stolen information to law enforcement and will start reaching out to those affected by the breach.

Correction: a previous version of this story misidentified the year Marriott closed the deal on buying Starwood. The story has been updated.