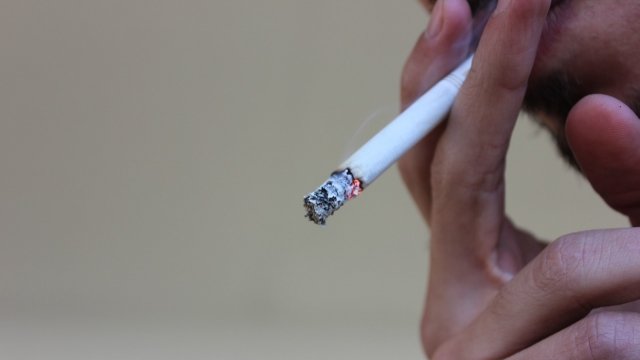 The maker of Marlboro cigarettes is looking to expand into the budding marijuana industry.

Marlboro maker Altria announced Friday it is paying nearly $2 billion for a 45 percent stake in Canadian cannabis firm Cronos. The deal also gives Altria the option to increase its stake to 55 percent over the next four years. The deal is expected to be finalized sometime early 2019.

The Marlboro maker's move is the latest example of major companies getting involved in Canada's growing marijuana business, especially after the country legalized recreational use.

Earlier this year, Molson Coors Brewing Co. announced a joint partnership with a Canadian marijuana producer to create "non-alcoholic, cannabis-infused beverages for the Canadian market following legalization.” And the owner of Corona beer bought $4 billion worth of shares in one of Canada's largest pot producers.