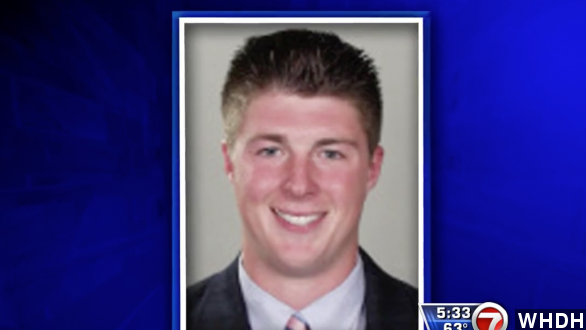 A tragic story coming out of the revelry surrounding the success of the ice bucket challenge. A man who'd helped raise more than $100,000 for ALS research died over the weekend. Across local outlets, friends and family are all saying the same thing.

WHDH: "Corey was all about family, friends and giving back."

"Corey threw himself behind a lot of causes, way more so than anyone of our generation, and just put his heart and soul behind these things."

NECN: "Just kind of the way Corey's always lived his life — it was about other people."

WFXT: "He was very committed to giving. He put 100 percent effort behind it for several different causes."

In what the Nantucket Police Department says was a drowning accident, 27-year-old Corey Griffin jumped off the roof of a local business and into a harbor around 2 a.m. Saturday.

His family told The Boston Globe he'd been in Nantucket to raise even more money for ALS research. His father said Saturday: "He was the happiest guy in the world. He called me last night and told me he was in paradise."

That happiness had come, at least in part, from Griffin's success — he'd already raised more than $100,000.

Griffin was a friend of Pete Frates, the former Boston College baseball player with ALS who is credited with inspiring the ice bucket challenge. So far it's raised more than $11 million. (Video via ESPN)

Griffin also attended Boston College, where he played hockey. Frates wrote on his Facebook page: "Team FrateTrain lost a good friend today. ... He worked his butt off these last few weeks for ALS. We texted everyday, planning and scheming ways to raise funds and plan events."

Griffin was a Massachusetts native but had been living in New York City, where he worked for a finance company. He's survived by his parents, brother and sister. He had also worked for years to raise money for Boston Children's Hospital.