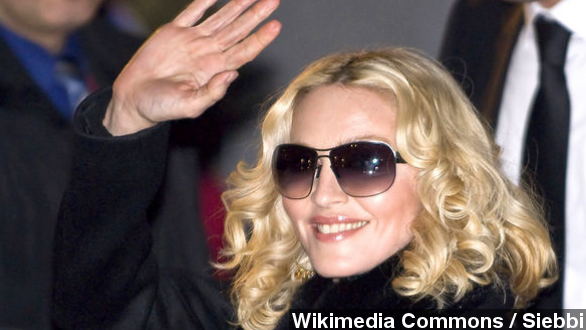 SMS
Madonna Apologizes For Racial Slur On Instagram
By John O'Connor
By John O'Connor
January 19, 2014
​Madonna is asking for forgiveness after including a racial slur in the caption of photo she posted on Instagram.
SHOW TRANSCRIPT

​Madonna is asking for forgiveness after including a racial slur in the caption of photo she posted on Instagram.

The pop icon is apologizing to those she may have offended after she posted an Instagram photo of 13-year-old son Rocco boxing, which she captioned using a variation of the N word in a hashtag. (Via WJW-TV)

​The caption drew an outcry of criticism online, prompting Madonna to repost the photo with a new caption, which told her “haters” to “get off her,” and included more offensive language. (Via Us Weekly)

She’s since deleted that post too, and is seeking forgiveness, releasing this statement through her rep:

"It was not meant as a racial slur.. I am not a racist. There's no way to defend the use of the word. It was all about intention…It was used as a term of endearment toward my son who is white.” (Via CBS)

This isn’t the first time the “Material Girl” has caused an uproar on Instagram.

She was lambasted online earlier this month after posting a photo of 13-year-old Rocco and two of his friends holding up bottles of liquor. (Via Instagram / Madonna)

She defended the post as a joke, responding: "No one was drinking we were just having fun! Calm down and get a sense of humor! Don't start the year off with judgment!." (Via HLN)

The 55-year-old mother of four has since removed the photo with offensive language. She is expected to perform next week at the 56th Annual Grammy Awards.