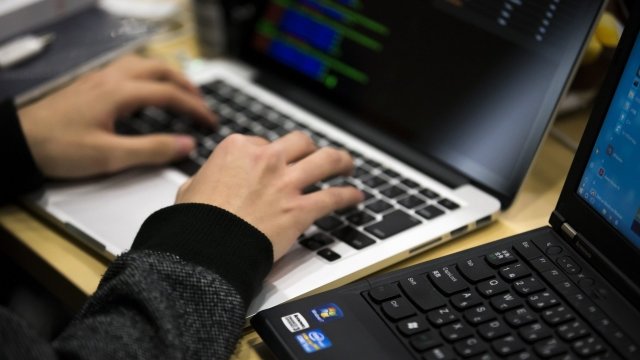 Fifty-one nations and more than 150 organizations and private sector groups, including Facebook, Microsoft and Google, have signed the Paris Call for Trust and Security in Cyberspace. The U.S., China and Russia are among the nations that have not signed on.

The initiative was developed as a global effort to combat cybercrimes. It has nine goals including preventing election interference from foreign actors and preventing computer hacking.

The global pledge was a push from Macron who says, "the internet is much better used by extremists, authoritarian regimes or terrorist propaganda than by our democracies."

Supporters of the initiative will have follow-up meetings twice next year at the Paris Peace Forum in 2019 and at the Internet Governance Forum in Berlin in 2019.