Mac Miller Remembered For His Honesty And Kindness 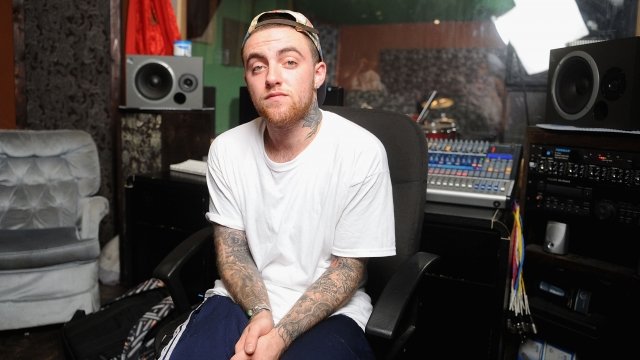 SMS
Mac Miller Remembered For His Honesty And Kindness

By Christian Bryant
September 12, 2018
Fellow musicians are remembering Miller as a person who bared his soul while making friends with artists throughout the industry.
SHOW TRANSCRIPT

The music industry is mourning the loss of musician Mac Miller, who was found dead in his San Fernando Valley, California, home on September 7.

The Los Angeles County Medical Examiner-Coroner's office has not yet named a cause of death.

Miller, who was born Malcolm McCormick, is being remembered by many for his honesty. He was no stranger to letting people into his personal life, which included substance abuse, struggles with mental health and past relationships.

Doreen St. Félix at The New Yorker points out that Miller wasn't boastful. She writes, "His frankness about his struggles could never be mistaken as glorifying them, or as resignation. Miller was working through it."

He dropped five studio albums and a dozen mixtapes in his short career. In that time, he went from a so-called "frat rapper" to a musician capable of uplifting others. Grammy-award-winning musician Chance The Rapper is one of many artists who credit Miller with helping launch his career by taking him on his second tour.

Miller was a rapper who also created hits by embracing his singing voice and collaborating with artists from within and outside of his genre.

But he's also being remembered as a kind soul. In the days following his death, a number of artists tweeted condolences by describing him as someone who exuded kindness. He was known as a generous person who had love in his heart.

Before his death, Miller was scheduled to tour the U.S. with artists Thundercat and J.I.D. He was 26 years old.