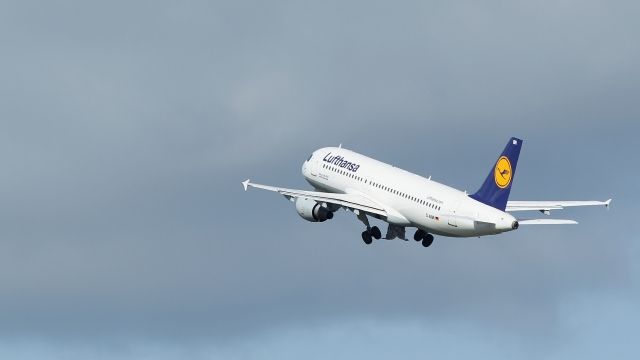 SMS
Lufthansa Flight Cancellations Grow On 2nd Day Of Strike
By Alec Larson
By Alec Larson
November 8, 2019
The airline has canceled nearly 1,500 flights due to a​ two-day strike by the UFO union, which represents 21,000 Lufthansa crews.
SHOW TRANSCRIPT

The two-day strike by the UFO union, which represents 21,000 Lufthansa crews, has reportedly been worse than the airline expected. Nearly 1,500 flights have been canceled and around 200,000 passengers have been affected so far.

The strike began Thursday following acrimonious negotiations between Lufthansa and the flight attendants union over pay and the union's legal status. The union has reportedly agreed to preliminary talks over the weekend.

In a statement, Lufthansa said it "condemns the strike call in the strongest possible terms." It also said passengers affected by the strike were transferred to other flights for free.

The airline said in a statement on Friday that flight operations will continue "as far as possible" on Saturday, but that there may still be more delays and cancellations on the horizon.