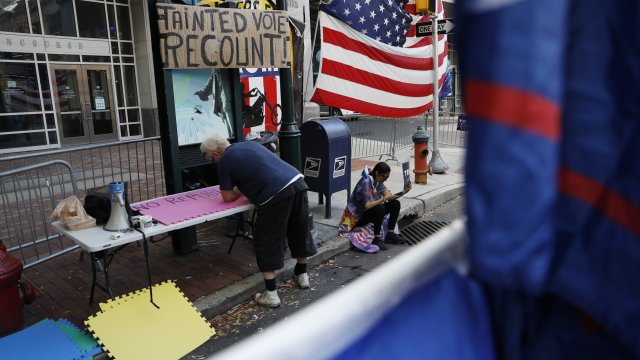 SMS
Some GOP Congressional Candidates Allege Fraud Cost Them Election
By Newsy Staff
By Newsy Staff
November 10, 2020
Candidates in California and Maryland both allege, without providing evidence, that they lost due to voter fraud.
SHOW TRANSCRIPT

But he tweeted Monday that he will "audit the vote counting procedures" and won't concede "until every legal vote is counted."

And in Maryland, House candidate Kimberly Klacik said her campaign is "investigating" her loss after she falsely claimed she had better in-person and vote-by mail turnout.