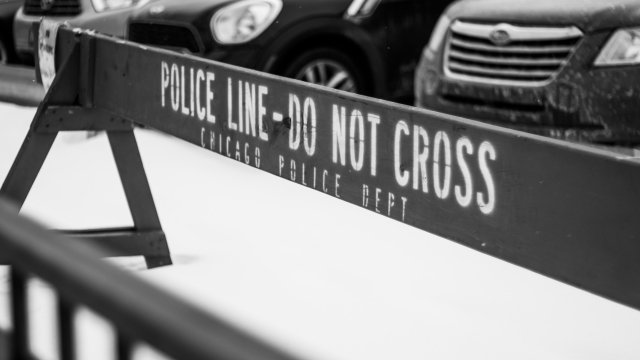 By Melissa Prax
November 1, 2018
We speak to one community organizer who helped get the Department of Justice's attention on the issue.
SHOW TRANSCRIPT

"I actually, around my desk, have photos of different people who have impacted this work and realizing that we don't want another person to face the situations. A lot of the victims are preventable deaths. ... They could be living with us now. But the way that the viewpoint of disability, in a way that the policies, are set up doesn't allow the opportunity for people to live."

Candace Coleman is a community organizer with a focus on racial justice at Access Living. And that role has propelled her to push for progress at the intersection of people with disabilities — especially people of color — and police brutality.

Coleman said: "When we first started looking into this, it was a new story here, a new story there, things kind of popping up, and then it started to affect our community personally. … One of the first personal encounters we had was with a young man with autism named Stephon Watts, who was 15. In light of the Black Lives Matter movement, his family needed justice and it wasn't getting it, and his disability story was left out. And so his cousin was actually a member of our group, and he pulled our chain on, 'we should do something about this systemically.'"

Stephon Watts was a black teen who was fatally shot by Calumet City police in 2012. It was in response to a non-emergency call. The police shot after seeing him waving a knife in his home. 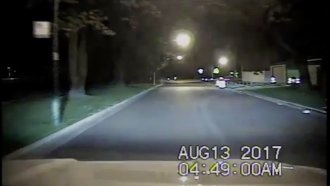 This issue is difficult to track because most police departments are not required to keep a running record of uses of force. And while some media outlets track police-involved shootings, they may not specify — or know — if the person who is shot has a disability.

But in 2016, disability advocacy organization the Ruderman Family Foundation estimated up to half of all people killed by U.S. police from 2013 to 2015 had some sort of disability.

One of the researchers noted this issue exists in part because "police have become the default responders to mental health calls."

In 2016, Coleman and other activists got the attention of the U.S. Department of Justice by testifying at a public hearing that investigated police violence in Chicago.

"The DOJ came back to us as an organization ... to hear more stories about people impacted by police. So we hosted a town hall for victims of police violence to tell their story, to be contributed to the actual DOJ report. And that has turned into more communities outside of ours to be more engaged and aware of what happens to people with disabilities, which has resulted in national conversations, and it has resulted in policy changes," Coleman said.

One of those policy changes in Chicago included additional training for officers on best de-escalation practices.

Still, in 2017, the ACLU sued the Chicago Police Department for allegedly failing to thoroughly train officers on how to best interact with marginalized communities — especially people with disabilities.

While the issue of police brutality affects people with disabilities nationwide, Chicago has seen several instances of this — including the August 2017 shooting of Ricardo Hayes, a teenager with a developmental disability. A video of his shooting was released at the beginning of October 2018 and reignited conversation around this issue. Chicago also saw the shooting death of Laquan McDonald, a 17-year-old with mental health issues and learning disabilities.

But activists like Coleman are hopeful progress will happen in the future.

"In the coming years, I'm hoping that we actually have a culture shift about the disability community in general. We are out here, that we're living in a community, that we may need support, that we can rely on each other for support. But if we do have to have an emergency response to intervene, [I hope] that they're also aware that people with disabilities exist, that they need a certain type of help, and [that officials] don't group people with disabilities into the same one category, because we're a very diverse community, both racially but also [in terms of] disability types. And so I'm hoping that in the future, it gives voice to all of those different disability types to ask them what support do they need, if they do need help."