Lobbyist Pleads Guilty And Agrees To Work With Prosecutors 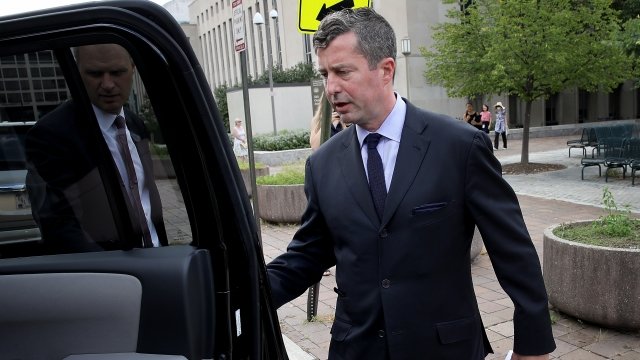 SMS
Lobbyist Pleads Guilty And Agrees To Work With Prosecutors

By Jake Jones
August 31, 2018
Sam Patten is accused of working on behalf of a pro-Russia Ukrainian political party.
SHOW TRANSCRIPT

An American lobbyist has pleaded guilty to one count of failing to register as a foreign agent.

Sam Patten is accused of working on behalf of a pro-Russia Ukrainian political party. He also has ties to former Trump campaign chairman Paul Manafort. He has agreed to work with prosecutors as part of a plea deal, which could aid special counsel Robert Mueller's investigation.

Court filings also accuse Patten of buying tickets to Donald Trump's inauguration ceremony on behalf of a Ukrainian oligarch for total of $50,000.