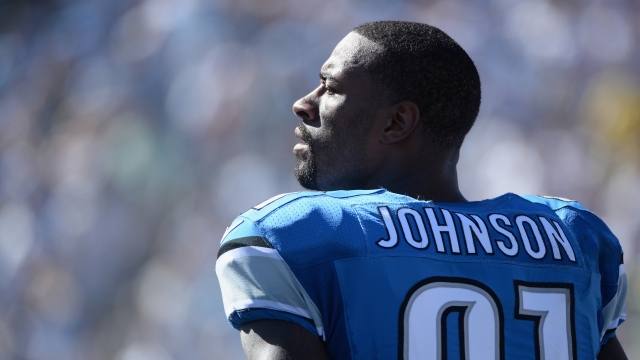 By Grant Suneson
January 31, 2016
Calvin Johnson reportedly told his close friends and family that 2015 would be his last season in the NFL.
SHOW TRANSCRIPT

Detroit Lions wide receiver and fantasy football must-have Calvin Johnson has told his family and some teammates that he will retire from football at the age of 30, according to ESPN.

The man known as Megatron is one of the most dominant wide receivers in NFL history, setting the all-time record for receiving yards in a season in 2012. (Video via ESPN)

Despite Johnson's productiveness, the Lions have struggled consistently during his career, averaging a paltry six wins per season and losing both playoff games Detroit played in.

His success being drowned out by Detroit's failure is reminiscent of Barry Sanders, the electrifying Lions running back of the '90s who also played his final snap at 30.

Like Johnson, Sanders was one of the best to ever play his position, but he also failed to have postseason success. The Lions made five trips to the playoffs with Sanders but won only once.

When reflecting on his decision to leave football, Sanders told NFL Network, "Over the next few years it looked like we would probably be rebuilding, and we had gotten rid of some good players. I just felt like it was time to make a change."

It's surprising when an all-pro-caliber player hangs it up in the prime of their career, especially considering Hall of Fame wide receivers like Tim Brown, Jerry Rice and Cris Carter each played for more than 15 seasons. But Carter says he understands why Johnson would leave the game.

"Calvin has taken a pounding. This athlete in this era, you will see more of this, given not only concussions but the amount of money they're able to make," Carter said on ESPN.

Johnson reportedly signed a $132 million deal in 2012, $60 million of which is guaranteed. But it would have kept him in Detroit through 2019, where wins have been hard to come by.