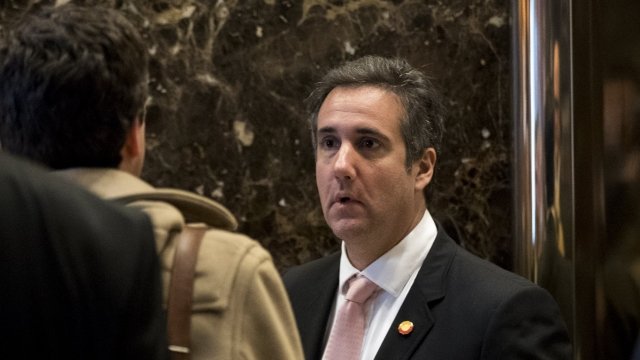 By Matt Picht
August 28, 2017
Emails turned over to Congress by the Trump Organization show negotiations for Trump Tower Moscow were underway during Trump's campaign for president.
SHOW TRANSCRIPT

President Donald Trump has been adamant that he has no financial ties to Russia.

But apparently that wasn't for lack of trying.

Reports in The Washington Post and The New York Times detail how the Trump Organization attempted to set up a real estate deal in Moscow in 2015 — as Trump was running in the Republican presidential primary.

During his campaign, businessman Felix Sater, a real estate developer who worked on previous Trump projects, reportedly emailed Trump's lawyer Michael Cohen about the possibility of licensing Trump's name to build a Trump Tower in Moscow. 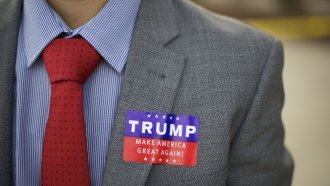 In emails published by the Times, Sater touted the deal as a political opportunity for Trump. He said: "I will get Putin on this program and we will get Donald elected. ... Our boy can become President of the USA and we can engineer it."

Cohen told the Times he dismissed Sater's talk as "salesmanship" and didn't make any trip to Russia. The proposed Trump Tower Moscow deal never came to be.

But the Post reports that weeks before the project was abandoned, Cohen sent his own email to Dmitry Peskov, the press secretary for Russian President Vladimir Putin. Cohen evidently wanted Peskov's help to resurrect the stalled project.

This still isn't evidence of any direct collusion between the Trump campaign and the Russian government. Cohen and Sater didn't have any formal role in the Trump campaign, and Cohen says the Trump Tower negotiations took place separately from the campaign.

But the emails could prompt further questions from the congressional committees investigating Russia's involvement in the 2016 election. The Trump Organization turned over these emails and other documents to Congress on Monday.