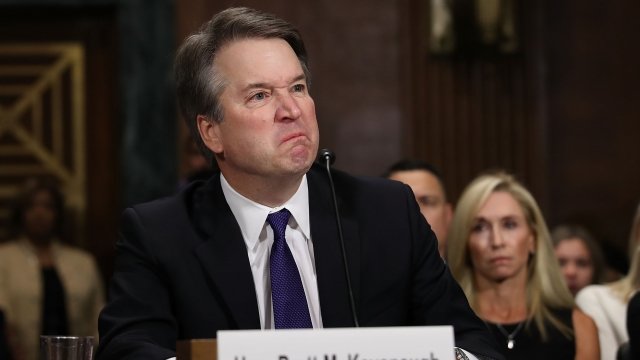 Hundreds of law professors from schools across the country are weighing in on whether Supreme Court nominee Brett Kavanaugh has the demeanor required to sit on the high court.

In a signed letter to the Senate about Kavanaugh's conduct during last week's hearing, legal experts say his "lack of judicial temperament" would disqualify him from the bench.

They're referring to the Senate Judiciary Committee session where Kavanaugh testified about sexual assault allegations against him. While he maintained his innocence, the nominee repeatedly raised his voice and was "aggressive" and combative with questioners.

To be clear, the professors admit they aren't all on the same page when it comes to Kavanaugh's other qualifications. But they do agree that he didn't display the impartial behavior that's required of judges and justices.

The group also criticizes him for making a partisan reference when he called the allegations "a calculated and orchestrated political hit" by Democratic Party members. They say that partiality goes against federal guidelines and the American Bar Association's judicial code of conduct.

The letter will be open for more signatures until Thursday at noon ET. Then, it will be sent to the Senate.