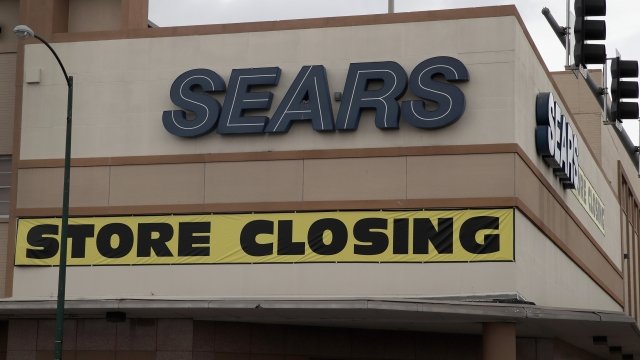 SMS
Chairman Reportedly Makes Last-Minute Bid To Save Sears
By Audrey Esther
By Audrey Esther
December 28, 2018
Sears may be saved by a last-minute bid from the company's former CEO.
SHOW TRANSCRIPT

There's reportedly still a chance Sears may be saved.

According to news outlets, the company's former CEO Eddie Lampert submitted a last-minute bid on Friday that could save the bankrupt retailer. Lampert announced the $4.6 billion bid earlier this month. It would not only save hundreds of Sears stores but also Kmart stores, which Sears Holdings owns. It would also save about 50,000 jobs.

The company had given potential buyers until 4 p.m. EST on Friday to formally submit their bids. But as of late that evening Lampert had not done so.

Lampert is also the company's chairman and its largest creditor.

If there are no official bids, analysts say Sears has two options. Either push back the deadline for finding a buyer. Or shut down and liquidate its assets to pay back creditors.

Earlier on Friday, the company announced it's closing 80 additional Sears and Kmart stores. In October, when it filed for bankruptcy it said in court filings, it had about 700 stores. Since then, it's announced it would close more than 260 stores.

Going out of business sales for the latest round of store closings will reportedly begin within two weeks.